It would depend who you ask as to what the response is. There is a place for it though in today’s world. Emergency managers often use social media in times of crisis so they can communicate quickly and effectively.

I have a friend who lives in Bakersfield CA. She is a Red Cross Disaster Emergency Manager. She told me that Social Media is a big part of what they use. Most Law Enforcement Agencies as well as many companies use it to communicate with the public. Social Media is definitely an avenue to communicate quickly. 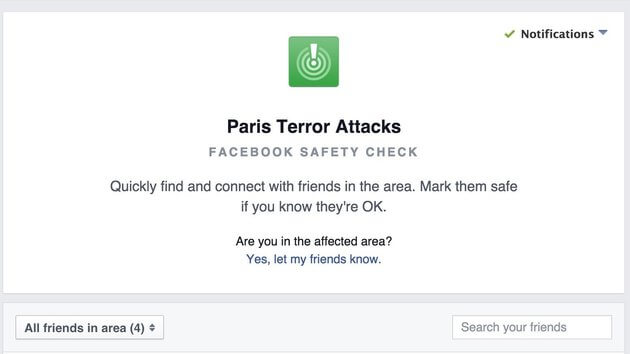 As the attacks in Paris were happening on Friday night, people turned to social media sources for information that went above and beyond the news that was readily available. The people in France are trying to make sense of this heinous attack, as the world turns to Social Media and the news.

Facebook activated its Safety Check tool. See more about it here: https://www.facebook.com/about/safetycheck/    This tool enables users in an area affected by a crisis to mark themselves or others as “SAFE.”

Facebook created this tool and has already activated it five times in the last year after natural disasters.  This was the first time it was activated for something like this though. 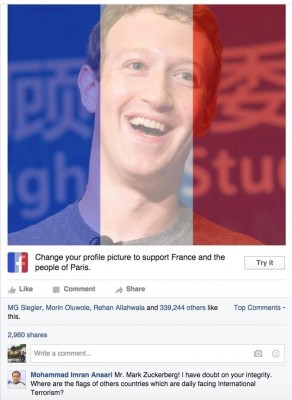 Twitter turned into a message board on Friday night offering information to people in Paris on how to get to safety. The hashtag PorteOuverte – “open door” became the vehicle for offering shelter to those in Paris who needed it. On Saturday Twitter announced that there were 1 million Tweets with that hashtag in 10 hours! The Hashtag #prayforparis was even more popular. It was noted that 6.7 million posts came within 10 hours.

I have seen Facebook & Twitter light up when the weather has been bad or there is a hostage situation or a bad accident. Some people do not watch the news, others rely on news content in a manner they want to receive it. If you are not in a suitable venue, like in front of your television, social media is where you can get updates on what is happening.

Social Media needs to have tools like this.  Not because it’s helpful but because it is the right thing to do.

So where do you get your news?

Do you go to the TV? The newspaper? cnn.com? Social media?