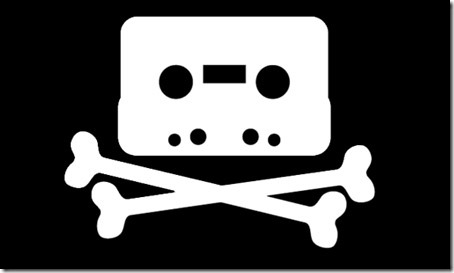 The music industry loves to tell us all how piracy has destroyed their business. They often equate downloading a song to stealing a car, or other absurdly exaggerated metaphors. While it may be true that physical cd sales have gone down significantly over the last ten years, the record companies are still doing just fine and making (nearly) as much as ever. Ever since Metallica spoke out to shut down Napster, it seems that artists, execs, insiders, etc. from the music industry are always trying to remind us that they have to settle for G5 jets instead of the nicer G6 because poor college students are downloading the latest album of three singles and nine tracks of repetition. But how do torrent downloads actually affect music sales? Does the industry-dreaded album leak wreak havoc on first month billboard chart standings? Robert Hammond of North Carolina State has given these questions some thought, and produced a 37 page answer.

Using the scientific method to determine torrent downloads’ affects on album sales is pretty tricky: the variables and methods of measurement are virtually limitless.Thankfully, Hammond defined a pretty strict set of conditions to allow for a pretty good study into the topic. The study (published May 7, 2012) was interested in how an album leaking to a private BitTorrent network would affect its album sales. More specifically Hammond was interested in the correlation between the number of pre-release album downloads and the first-month sales figures for new albums in all genres. Interestingly, Hammond’s research and calculations suggest that, by leaking to a private Torrent site one month prior to release, an album sells, on average, 60 more copies than if it had not leaked. While certainly small in the scheme of total album sales, 60 additional records is statistically significant.

This exercise predicts that an album that leaked one month earlier will receive 59.6 additional sales. In contrast, the eﬀect of radio airplay on sales is much larger. Speciﬁcally, $8,800 worth of airtime (equal to two million gross rating points in 2000 dollars) has been found to generate 4,135additional sales on average (Montgomery and Moe,2002). More anecdotally, sales are aﬀected by the so-called “Grammy lift” that follows an artist’s appearance on the Grammy Awards show,including 6,000 additional sales for Arcade Fire’s The Suburbs, 24,000 additional sales for Mumford& Sons’ Sigh No More, and a record-breaking 730,000 additional sales for Adele’s 21. These comparisons suggest that, while I ﬁnd that ﬁle sharing of an album has a positive eﬀect on its sales,those eﬀects are small relative to other promotional eﬀorts that aﬀect music sales.

Most research like this would likely be flawed with imperfect data collection measures and poorly defined samples. This is not the case with Hammond’s paper. Instead of collecting download numbers from larger, public Torrent trackers, Hammond chose to observe a private network of high-traffic users with reliable data and statistics already recorded. For album sales numbers, Hammond collected Nielson Soundscan sales results for all albums every Tuesday. His data captured literally every new album sold in the United States during his collection period. Hammond’s procedure was well-defined and quite valid, allowing he and his colleagues to produce some noteworthy correlations.

While it may sound obvious, Hammond’s study demonstrated that an albums availability on the file-sharing network determined its number of downloads, however availability and number of downloads weren’t directly correlated with an album’s or artist’s popularity. He explains, “the results suggest that one additional seeder for every leecher is associated with 6 additional downloads, an eﬀect that is highly statistically signiﬁcant.” In case you aren’t aware of this torrenting lingo, seeders are individuals who have downloaded the entire file in question, and are allowing others (leechers) to download the content from them. Hammond continues to estimate that every four downloads of an album before it is released results in one album sale during the first month after the album is released. Taken together,the results of Hammond’s study suggest that increased availability of a leaked album results in more downloads of the album, and thus more sales of the album when it becomes available. Kind of goes against everything Sony and Universal have been telling us, doesn’t it?

Robert Hammond’s paper is definitely worth a read, or at least a skim. At 37 pages (including bibliography and appendixes), the document features pretty lengthy descriptions of method, procedure, reasoning, and statistical equations created for the study. Some of it may be a bit bland or wordy, (maybe even too technical for those without statistics experience), but his findings are certainly worth talking about. Here is Hammond’s abstract followed by a link to the full text. Read one, both, or neither. Just don’t steal his work.

It is intuitive that the potential for buyers to obtain a good without remuneration can harm the producer of the good. I test if this holds empirically in the music industry using data from an exclusive ﬁle-sharing website that allows users to share music ﬁles using the BitTorrent protocol.These are the most reliable ﬁle-sharing data available because they are from a private tracker,which is an invitation-only ﬁle-sharing network. The number of downloads is endogenous due to unobserved album quality, leading me to use an instrumental variable approach. In particular,I exploit exogenous variation in the availability of sound recordings in ﬁle-sharing networks to isolate the causal eﬀect of ﬁle sharing of an album on its sales. The results strongly suggest that an album beneﬁts from increased ﬁle sharing: an album that became available in ﬁle-sharing networks one month earlier would sell 60 additional units. This increase is sales is small relative to other factors that have been found to aﬀect album sales. I conclude with an investigation of the distributional eﬀects of ﬁle sharing on sales and ﬁnd that ﬁle sharing beneﬁts more established and popular artists but not newer and smaller artists. These results are consistent with recent trends in the music industry.