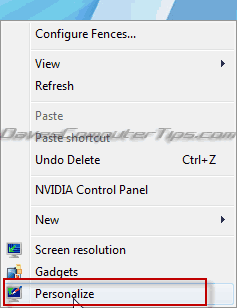 There you have it! You’ve just customized your desktop. Aren’t computers great?