Dr. Goddard is considered the father of practical modern rocketry and space flight. His most important experimental breakthrough was in 1926, when he built and tested the first successful liquid-fueled rocket.

In 1989,  Compaq Computer and International Business Machines (IBM) entered into a patent cross-licensing agreement that included all patents filed before July 1, 1993.

The deal gave Compaq rights to the data pathway, known as Micro Channel, that IBM used in its latest PCs, while IBM gained access to some of Compaq’s expertise in high-speed machines.

386BSD, sometimes called “Jolix”, was a free Unix-like operating system based on BSD. It ran on PC-compatible computer systems based on the Intel 80386 microprocessor.

In 1995, researchers at Fraunhofer Institute for Integrated Circuits (IIS) unanimously selected “.MP3” as the file extension for their new digital audio encoding technology. 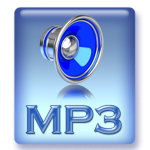 During testing, the team had used the “.bit” extention. Soon after the vote, MP3 will became the generally accepted acronym for the ISO standard “MPEG Audio Layer 3.”

In 1996,  Version 2.1 of the Opera web browser was released for Windows. 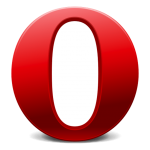 It was the first public release of Opera and was made available as shareware over the Internet.

The chip increased the price-performance spectrum of the mobile chips sold under model numbers. Previously, the slowest and cheapest model number chip was the Pentium M 715, which ran at 1.5GHz and came with 2MB of cache.

In 2005,  PalmOne officially reverted back to using the Palm brand name.

It also changed its logo and moved to new headquarters after acquiring PalmSource’s share in the Palm trademark for $30 million. As part of the agreement, palmOne granted PalmSource and its licensees a four-year transition period to move away from the Palm trademarks.