In 1853, Gregorio Ricci-Curbastro, an Italian mathematician, was born.

He was instrumental in the development of absolute differential calculus, formerly called the Ricci calculus, but now known as tensor analysis. 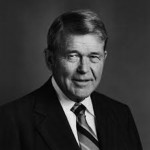 William Hewlett and David Packard founded Hewlett-Packard. The company’s first product was an audio oscillator invented by William Hewlett named the HP model 200A.
In Walter Isaacson’s book, Steve Jobs, William Hewlett is credited with giving 12-year-old Steve Jobs parts to build a frequency counter. We all know what happened after that.