This has absolutely nothing to do with computers or technology so I do apologize in advance for that. My lovely wife and I recently spent several days on Fraser Island and I thought some of you might be interested in learning more about this little known natural wonder of Oz. 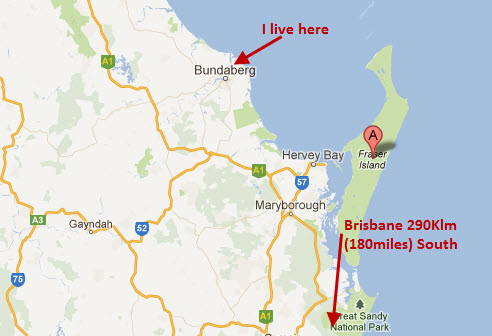 At 120 klms (75 miles) long and 24 klms (15 miles) wide, Fraser Island is the largest sand island in the World. Yes, it is made up entirely of sand, yet amazingly plant and animal life thrive and abound. Because of its unique qualities, Fraser Island was inscribed as a World Heritage site in 1992. 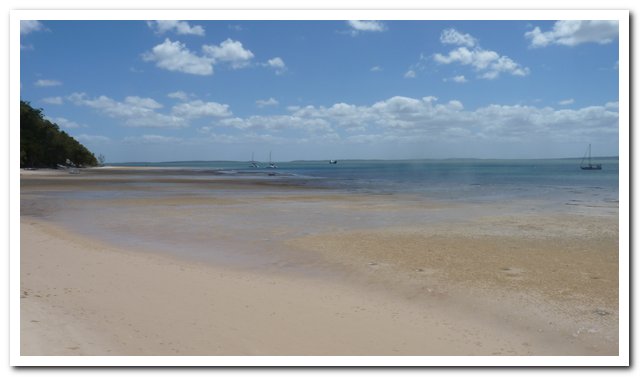 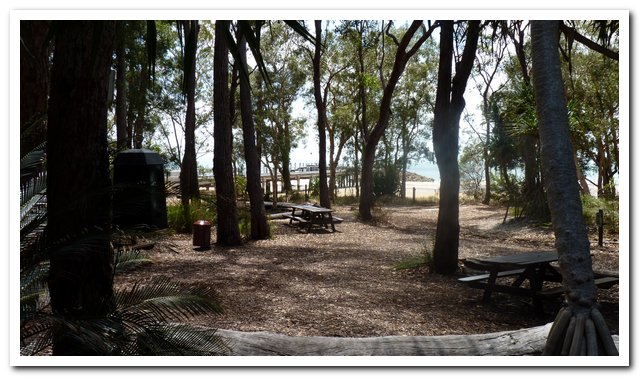 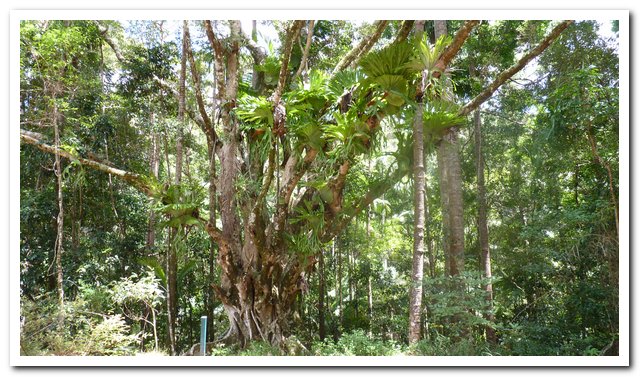 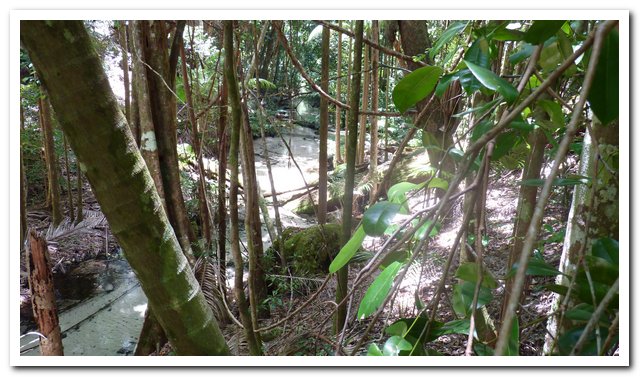 Lake McKenzie is the largest of more than 100 freshwater lakes on the island. Lake McKenzie started life as a natural sand depression, over years this depression filled with vegetation and humus which mixed with the sand to form a solid water-proof base known locally as ‘coffee rock’. Rain and storm water runoff took care of the rest. Of course, this process occurred over hundreds (possibly thousands) of years. The beach sand of Lake McKenzie is almost pure white silica, local legend has it that a dip in the lake knocks 10 years of your age… didn’t work for me!! 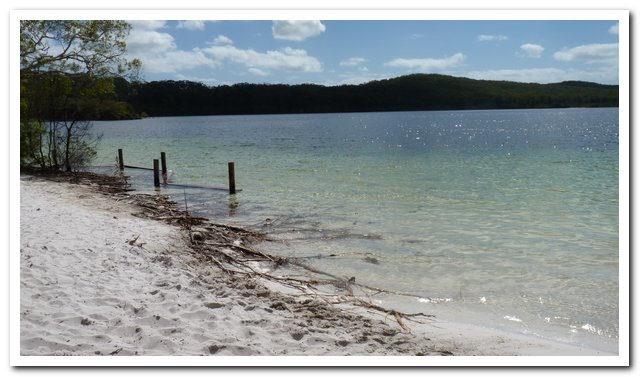 This was the view from our apartment: 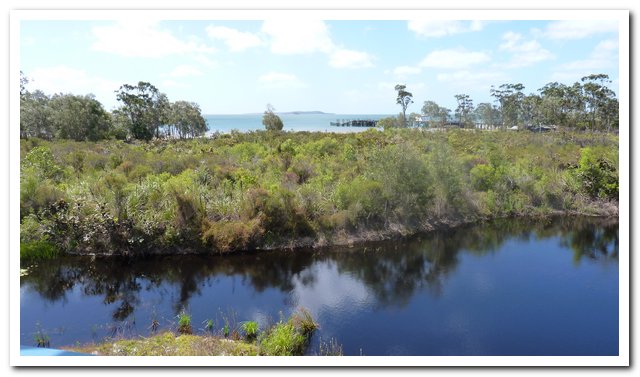 And this is the beast which took us on a guided tour of the island – traveling around the island is strictly 4-wheel drive only: 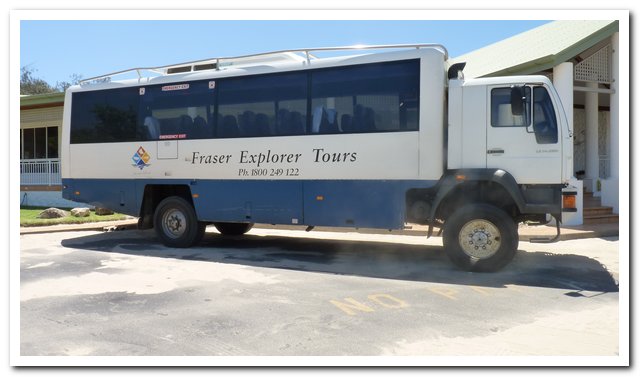 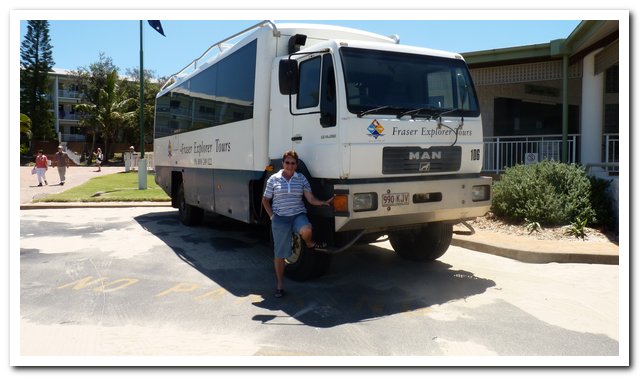 When we hopped on our transport, the driver announced that everybody must wear their seat belts, it didn’t take long to discover why. I can tell you, traveling around the island in that beast was one the roughest trips I’ve ever been on, and I’ve been on some pretty horrific tracks in my time. Staying in the seat was akin to trying to ride one of those mechanical bulls… great fun!