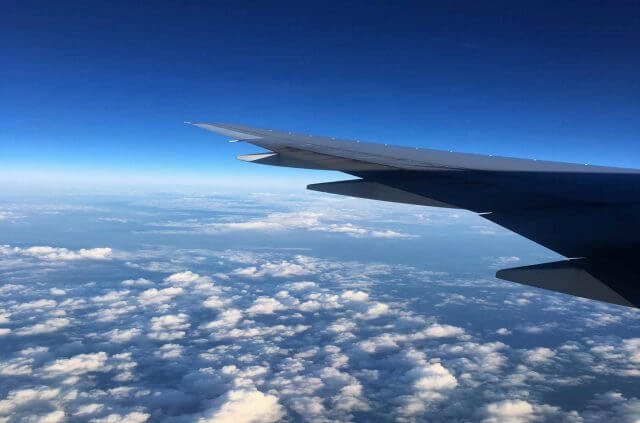 Come Fly With Me

For many years I chose not to fly anywhere at all and travelled by road or sea instead due to an irrational fear of flying. But there comes a time when you really have no choice unless you want to swim across the Atlantic to Tampa or further downstream to Buenos Aires. Having said that, when I was much younger and joined my parents for a two year diplomatic stint in Argentina, we sailed out for two weeks on a cruise liner from Genoa and I later opted to return in a cargo ship for an adventure-filled month, so perhaps that’s where my preferences truly took root. They say that flying is safer than crossing the road, but no matter how many times I hear that glib reassurance, it never really persuades me that the wings aren’t going to fall off mid-Atlantic or that the pilot won’t fall asleep at the wheel. Irrational yes, but very real when your hands feel clammy and your head’s swimming with all those what-ifs mid-flight. 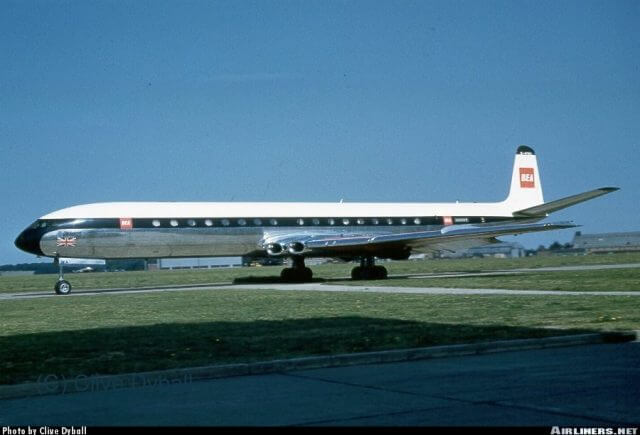 A two or three hour flight from the UK to Spain for example, is just about bearable, but in 2005 I began a series of long, thirteen hour flights from Madrid to Buenos Aires which helped me to come to terms with my fear of flying, entirely through necessity. Being cooped up in a humming, stuffy metal tube for half a day is not my idea of fun, but it’s certainly a darn sight more tolerable than it was in the 60s or 70s. For me personally, the highlights are taking off and landing and with the technology we have on hand today, those thirteen hours in between (or more, in some cases) can now be filled easily with the help of smartphones, laptops and such-like. Jurisdictions and anti-terrorist laws permitting of course. 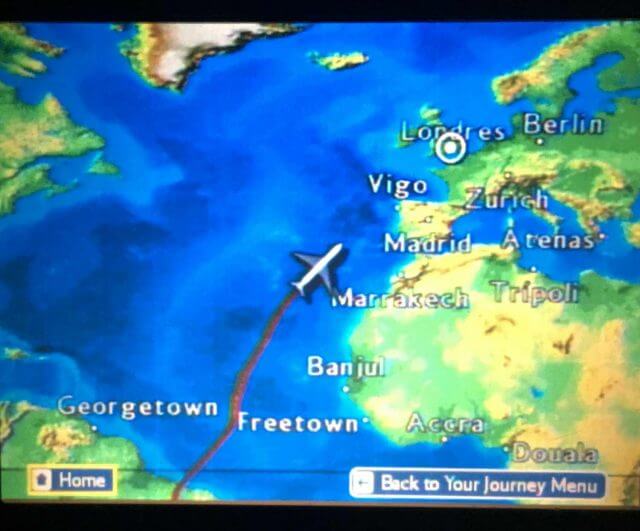 I’ve always found it difficult to concentrate on a book when flying and those tiny seat-mounted screens really don’t cut it for me, so I now fall back on my trusty smartphone, where I get to choose my own entertainment, usually in the form of puzzle games such as Lara Croft Go or Tetris. In fact, during the last trip to the UK, I became so immersed in the games that I barely noticed the hours passing and in between filming the take off and landing, I really was transported somewhere else and all thoughts of instant death and cascading through the air were cast aside. 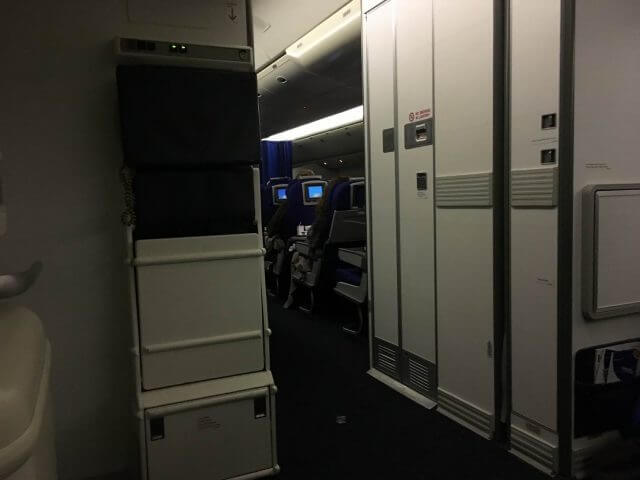 Whilst respecting the request to put my phone into airplane mode, it’s a lot fun to film take offs and landings and I think in that respect, my fear of flying has diminished somewhat. Added to which, I’m fascinated by the science involved in actually getting an aircraft into the air. This explanation helps a little.

When air hits a wing it splits into two parts at a point on the leading edge called the stagnation point. The air going over the upper surface is very fast and low pressure. The air going across the lower surface is slower and higher pressure. Things at high pressure naturally want to flow into regions of low pressure to restore equilibrium, down a pressure gradient. The pressure differential across the wing causes an ‘aerodynamic suction’ – the aircraft literally gets sucked up into the sky as a result of this pressure gradient. This is the force called Lift. Lift = 1/2 x Air density x Speed squared x Coefficient of Lift x Wing Area

But I digress. Since uploading some of my take off videos to YouTube I’ve become fascinated by flight videos of all descriptions. Even the clips of rough turbulence over the North Atlantic, where passengers are heard wailing, with the image jumping around with the aircraft. Perhaps it’s because I feel their pain and it’s kind of therapeutic in an odd and strangely masochistic way. But really, it’s much more enjoyable to experience the smoother flight videos if you have a fear of flying and believe me, there are thousands of videos on YouTube, many made by enthusiasts who seem to dedicate their entire lives to documenting every flight they make, from parking the car to being met at their destination. It’s quite remarkable actually with many presenting a thoroughly professional and absorbing account of their journeys. 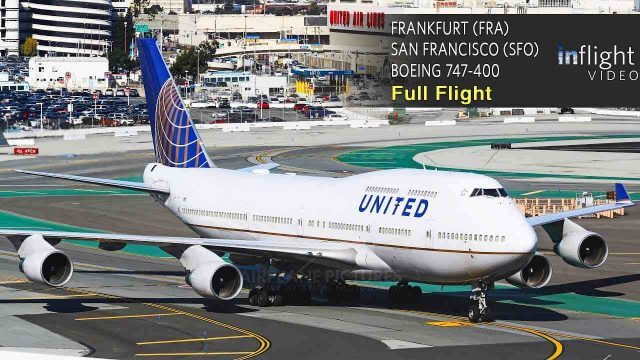 In spite of my now receding fears, I find take-off quite exhilarating. Once the aircraft has taxied to its runway there’s usually a moment or two when it just sits there, presumably waiting for ATC clearance. Then the engines begin to whine as they build up steam, the passengers usually quieten down somewhat with many crossing themselves whilst whispering to their chosen deity and before you know it, the huge machine is rumbling down the tarmac, lifting gracefully into the air and banking away, the sun glistening off its wing tips. At that moment of course, you’re pretty much in the hands of the pilots and technology. Many people posit that this fear of flying is simply that we are no longer in control. I can certainly concur with that, but it seems that the more you fly, the more you accept that fait accomplis.

Here’s a take off I filmed a couple of years ago whilst travelling on an Iberia Airbus A 340 from Buenos Aires to Madrid.

Clearly my short film is an amateur effort and the more professional videos can be ten hours long or more, giving viewers the entire flight experience – including the bit in the middle. They have become so popular that many viewers leave the video running in the background whilst they get on with something else (like lying down), simply to listen to the sound of the engines humming away as they find it comforting. Or perhaps they find it comforting because it’s not them in the actual aircraft?

Never flown on a long-haul flight? Want to experience the full twelve hours from Frankfurt to San Francisco on a 747-400? Give this a try.

Alternatively, get up close to a KLM 747 at St Maartens where the beach meets the runway.

Apparently the longest flight in the world, being 21 hours, is  Singapore to New York via Shanghai and it’s not  a flight I would take willingly.

Vesna Vulović  was a Serbian flight attendant. She holds the Guinness world record for surviving the highest fall without a parachute: 10,160 metres (33,330 ft).

It wasn’t turbulence that brought Vesna back down to earth, but when the aircraft drops suddenly, it can be very uncomfortable, although we are assured that modern aircraft are able to withstand some incredible loads. Very reassuring and I’m sure the folks on this British Airways flight from BA to London were considering just that as their pasta and mini cokes flew around the cabin.

I won’t be investing in expensive Go Pros, as my smartphone is perfectly adequate for my needs, but many professional YouTube in-flight creators use suction pads to stick their cameras to the window, full HD action cameras with at least 200gb of storage and scanners so they can record ATC (air traffic control) simultaneously. It’s also a good idea to check that your airline of choice has seat mounted charging points such as USB. Many still don’t as I learned recently, since British Airways still uses older Boeing 777s on their Buenos Aires runs. However, I managed to overcome that by sitting in one of the bathrooms for half an hour when everyone was asleep and charging my phone through the shaver point. Where there’s a will, there’s a way.

Can I Get WiFi On Board? 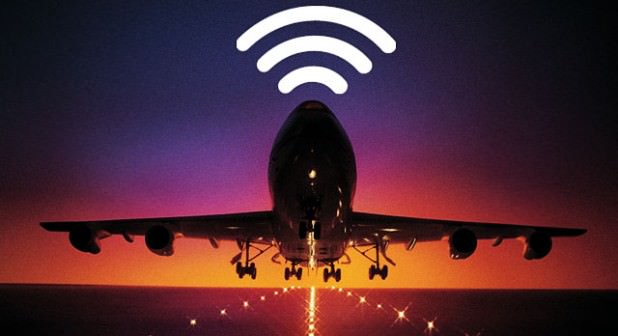 Not ideal for uploading your YouTube in-flight videos as it’s slow and expensive, but for sending the odd email or message it’s better than nothing. However, experts are predicting that by 2025, half the world’s aircraft will be equipped with WiFi and I wouldn’t be surprised to see that happen sooner, particularly as airlines are never slow at squeezing the last buck out of their passengers.

I throw that little gem of wisdom in because, on returning from the UK recently, we arrived at Heathrow with at least three hours to kill before take off, only to find that after mooching around duty free, numerous cafeterias and other shenanigans, we almost missed the flight, arriving at the gate one minute before it closed. A stomach churning moment for all concerned, I might add.

Finally, I’ll leave a couple of in-flight videos here that I particularly like, the first being an excellent short of an Iberia flight from Madrid to BA and the second, my own contribution of approach and landing at Buenos Aires.