The new superbar (taskbar) in Windows 7 is truly a joy to work with. Having the ability to pin programs to the taskbar and change their order is a big convenience compared to older versions of Windows. In fact, before Windows 7 I was in the habit of opening my email client followed by my browser before I opened up any other program. Why? So I could have their icons in the same location every time. I know that may seen a little extreme, but having the icons in the same location actually allows me to be more productive, especially when switching between 4 or 5 programs.

Due to these new features in Windows 7 Microsoft did not include a Quick Launch toolbar with Windows 7. I understand their decision, but creating a Quick Launch might be useful for some. I use it for my Recycle Bin (more on that later), but the uses are endless for anyone wanting a little more control over the taskbar and computer.

If we look at the taskbar in Windows 7 there is quite a bit of unused space for us to work with. Let’s put that to use by adding a Quick Launch toolbar with the Recycle Bin, and while we’re at it we will remove the Recycle Bin from the desktop for a cleaner appearance. 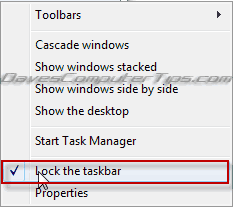 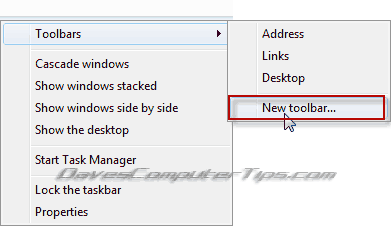 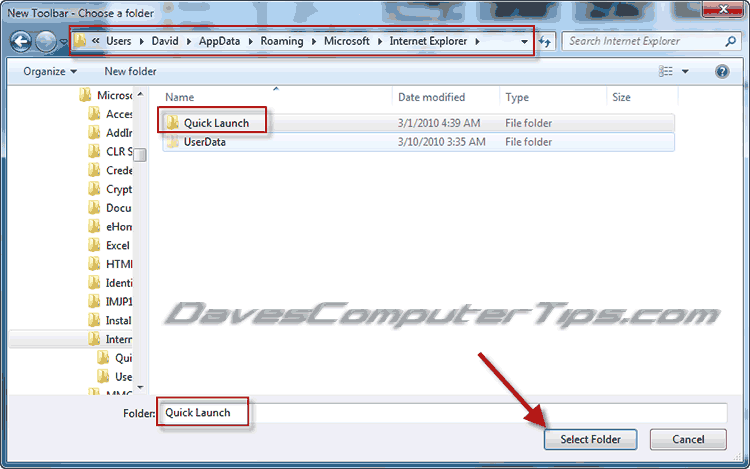 Once you’ve clicked Select Folder you will now see the Quick Launch toolbar on the right side of the taskbar. Mine is blank, but if you’ve installed legacy programs there may be a few icons showing. If you do not want them right click the unwanted icon and select Delete.