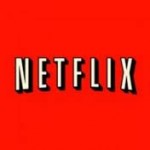 I don’t know about you but I don’t like switching between the keyboard and mouse all the time. If I’m working with the keyboard, I want to stay there. That’s where HotKeys come in.

HotKeys are Key Combinations that will provide the same function as a mouse action would. Some even provide functions that can’t be done with a mouse. Even the simplest of applications, like NotePad, have some keyboard shortcuts built in. Consider <CTRL> + V to Paste, or <CTRL> + X to Cut, or <CTRL> + S to Save. These are common examples and are native to most Windows programs.

Windows itself has a fat list of keyboard short cuts. Carol Bratt wrote a great article for DCT called Standard Windows keyboard shortcuts listing many of them.

NetFlix/Silverlight is no different. It has several useful shortcuts built into it as well.

Note: These shortcuts work in the Silverlight version that runs on Windows.

Sometimes I like to have a movie going while I’m writing and by using these shortcuts I never have to leave the keyboard. Very handy!

Do you have any NetFlix tips? If so, please leave a comment to share it with us.
—