Rise of the robots

The thing about robots is that they don’t usually argue that much, get headaches at inopportune moments, or tell you to put the cat out after dinner, but there’s always the risk that their batteries will go flat just at that crucial moment, which would be kind of a bummer.

We’ve had a fascination with robots for donkey’s years, but it’s only recently that the discussion has moved on to having carnal relations with a bunch of wires, diodes and silicone. Yes, the blow up doll, the butt of many a bar-room joke, has been around in one seedy form or another for many years, but is a rubber doll a robot? 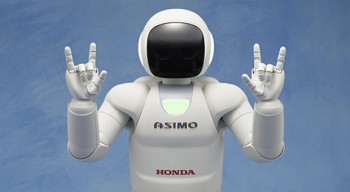 Probably the most famous robot is Asimo, a serious study in science and mathematics developed by Honda and a great example of what a robotic assistant can do. In fact, both Jim and Jason have written here and here about robots and judging by the couldn’t-care-less attitudes of many shop assistants today, the future for robots looks very bright indeed. Of course it has only ever been a matter of time before robots were developed for pleasures of the flesh and not just for men either. However this has led the makers of Pepper the robot, described by his makers as a domestic companion, to stipulate in their user contracts that that buyers must not use it for acts for the purpose of sexual or indecent behaviour and it would certainly be inadvisable to attempt it anyway judging by the photographs on their site.

From HAL 9000 to Siri and now Cortana, AI (artificial intelligence) has been with us in one form or another for many years and the question many of us ask is Do we want them to think? Do we want them to be conscious beings capable of independent thought? Or would we prefer our robots to simply fetch and carry like some faithful hound? I must admit to still feeling very awkward talking to my PC or to be more precise, my monitor. It feels unnatural and clunky, so if I were to talk to a machine, I’d prefer it to at least have human features, a face for example that on a very basic level I could relate to.

When does a doll become a robot? 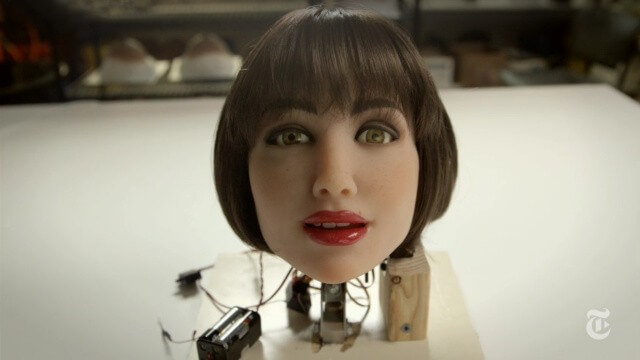 And when does a robot become a person? In most of the films I’ve seen where the android/humanoid/robot is the main protagonist, things haven’t gone too well for the humans, in spite of the apparent trust placed in the robot by its human colleagues. Think 2001:A Space Odyssey, Alien and Terminator; you’ll know what I mean and see that generally speaking robots are given a pretty bad deal in films whether they be male or female. It’s the females that are so often portrayed as deadly, but in such a way that you quickly realise that it’s in a similar way to a Black Widow spider which devours its mate after the deed is done, or in the case of a thinking female robot, possibly before or during. A sex-doll on the other hand is just that, but when loaded with AI at even a most basic level, it surely becomes a robot and when equipped with the requisite bodily attributes, it could become a significant alternative to that special human being in your life, which is probably when the robot transitions into a person.

Falling in love with your robot 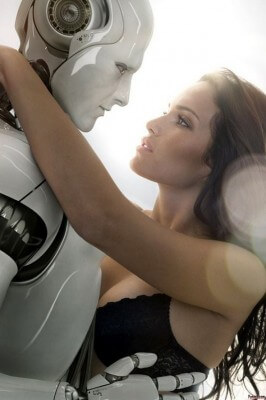 As weird as it sounds, we develop a special relationship with the machines in our lives, be they cars, tablets, mobile phones or computers. We also love our pets and many other possessions, so why shouldn’t we be able to love a robot? In AI expert David Levy’s book Love and Sex With Robots, the author proposes that we’ll be falling in love with our robotic companions and enjoying mind blowing sex with them by the middle of this century. I would argue that it’s happening already and has been for quite some time; maybe not so much the robotic falling in love, but certainly the sex, whether that be remotely through sexting, phone apps, Skype or a $10,000 silicone companion. For example, in California the Real Doll by Abyss Creations offers a range of models, some of which are equipped with robotic hip actuators powered by USB and a wide choice of options too numerous to list here. I mention this because they are currently working on animation technology with built-in AI to bring them to life and interact with their users, but Matt McMullen the founder of Abyss Creations insists that he doesn’t want to create a robot that’s too lifelike since he believes that his products are simply toys or fembots, as some are calling them, and that his fanbase isn’t looking for a living doll.

Well if it isn’t bad enough that video games and other media are accused of objectifying women according to some, a campaign has been launched to ostensibly work towards a ban on sexbots on the basis that the act of having sex with a robot perpetuates the perception of women and children as sex objects in the same way as prostitution. The Campaign Against Sex Robots appears to be formed by a group of ethicists and experts on robotics and whilst I have a certain empathy with their views, I think the march of technology and the very grey area of ethics (or lack of) will have the final say. Incidentally, numerous online polls have been floating around recently and the not surprising results (to me anyway) show that between 1 in 5 people would have sex with an android and in some cases this figure goes up to around 63% of people polled and the figures tend to be higher in men, for predictably obvious reasons. 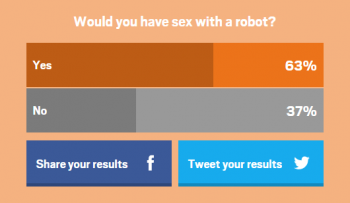 Much of the debate today has been kicked off by the film Ex Machina which, whilst being a beautifully made vision of what could happen in the future, it also raises some uncomfortable questions about the direction in which artificial intelligence is heading. Personally speaking, I’d welcome the opportunity to interact with a robot on a human level, more from curiosity and a strange desire to open that Pandora’s Box than anything else. 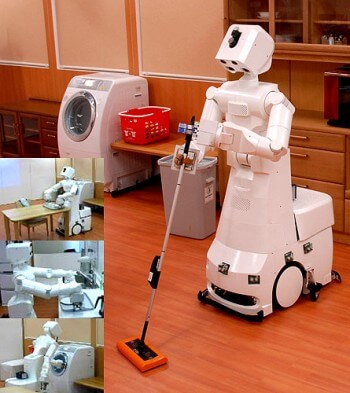 Imagine if you will, returning home after a hard day’s work to find that your robot companion has organised the home just the way you like it, the beer’s cold in the fridge, the bills have been paid, the house cleaned and any outstanding repairs completed, leaving you time to relax and enjoy yourself. You may prefer a simply reactive robot that carries out simple commands, either immediate or pre programmed or a more sentient and fully conscious entity that’s able to relate to you on the same level of intellect and consciousness as you. Perhaps I’ve seen too many sci-fi films, but  while the picture above isn’t a good representation of my ideal domestic robot, it does serve as a fine starting definition in that it’s got a head (of sorts) and two arms (and what looks uncomfortably like a toilet seat at the rear), yet the majority of robots today take on a more aesthetically human form, probably because it’s easier for us to relate to. 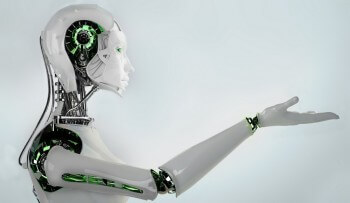 I would find the idea of a HAL 9000 entity in my house a very uncomfortable concept, especially as it would have a centralised system that controlled every detail of the home, no doubt giving rise to feelings of paranoia. Further, you couldn’t really touch it as such, so a more human representation would allow for a closer connection with the robot as it learns more every time it interacts with you. The technology today is still a little clunky, but that’s probably just me subconsciously using sc-fi as the benchmark, so you have to ask yourself if you want your robot to resemble a domestic appliance or a human being, and if you choose human being, would you wish it to be just steel and rivets or a model based on your fantasy view of a man or woman and take the experience to a whole new level?

Warning: this video is slightly NSFW

They say that fact often imitates fiction and when people in the street are asked the question I posed in the title of this piece, the answers given are a healthy and sometimes surprising mix with a lot of giggling and belief suspension.

Would you have sex with a robot? Alternatively, if you were asked to test drive the latest model from Lamborghini, would you say yes?

4 thoughts on “Would You Have Sex With a Robot?”