We here at DCT often mention the need for you to be actively involved in your online security, whether it be email, computers, or mobile devices. We also go to great lengths to explain why security is important to you. It may seem like we’re beating you over the head with security at times, but we’re only looking out for your best interests.

While we have touched on the repercussions that are possible if your computer, smart phone, or other device is infected or otherwise compromised I stumbled across this infographic based on the works of Brian Krebs that explains it in an easy to understand manner that everyone should see!

This would be a wonderful opportunity for you to share something worthwhile with your Facebook friends and family members that could save them from monetary loss or identity theft. 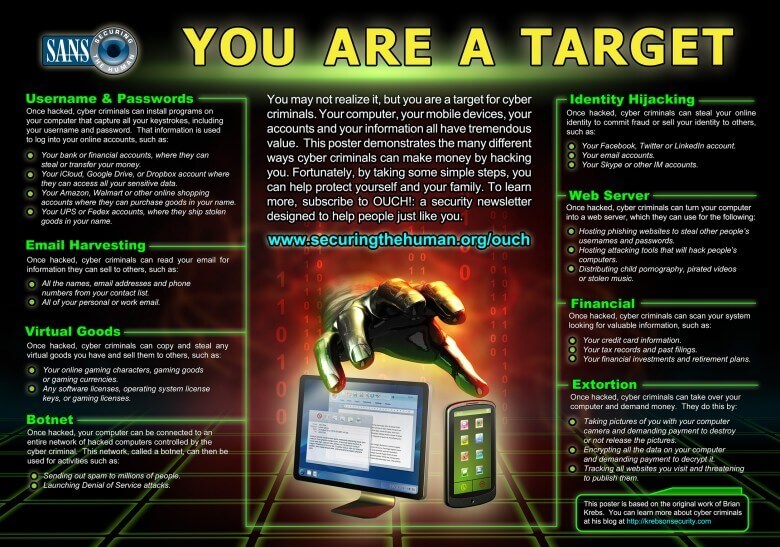