The HeartBleed bug affects the encryption technology designed to protect email, instant messaging and e-commerce related to online accounts.  The problem affects only the version of Secure Sockets Layer (SSL)/Transport Layer Security (TLS) known as OpenSSL.  Unfortunately, this happens to be one of the most common on the Internet.  Unlike most hacking instances where you ‘only’ needed to change your logon id and/or password, you don’t know which websites are affected.  Most websites have not been forthcoming with this information.  Apple, however, has announced that its OS X and iOS platforms are protected against Heartbleed.  As a result, Apple has assured the iOS and OS X communities that Apple IDs, iCloud data synchronizations, iCloud emails and Apple Store credentials have not been comprised. OpenSSL has not been incorporated into OS X or iOS. As a result, key web-based services were not affected. 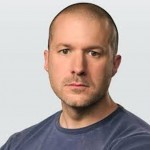 With the departure of Apple’s Human Interface Vice President Greg Christie, Sir Jony Ive, long heralded as the visionary for Apple’s product design, will now have full control over Apple’s software design group.  Christie’s departure was reportedly prompted by friction between the two of them, resulting in his ouster.

Now Ive will reportedly consolidate all of Apple’s software designers under his industrial design group, removing them from the engineering group.

This means that Ive will have full control of User Interface (UI) design work, including iOS 8.

One would naturally expect the numbers to climb but those increases are just staggering.

Google is about to extend its offer to become a ‘Glass Explorer’ to include anyone in the U.S., and for a mere $1500 plus applicable taxes <tongue-in-cheek>. The offer is set to go live from 6.00am on 15th April.

“Next Tuesday, April 15th at 6am PDT, we’re opening up some spots in the Glass Explorer Program. Any adult in the US* can become an Explorer by visiting our site and purchasing Glass for $1500 + tax – and it now comes with your favorite shade or frame, thanks to feedback from our current Explorers. The number of spots available is limited, so mark your calendar if you want to get in” <source>

This has to be one of the hottest offers around at the moment, but it’s only for Android users who are also new IDrive customers. According to the description on Google Play, this offer is not limited to the first year only but is permanent. Yes folks, 99 cents per year forever for 50GB of IDrive storage.

The IDrive app itself currently rates a respectable 4.2 out of 5 from 1157 user reviews and includes a number of useful features.