The latest scuttlebutt doing the rounds is that Microsoft may be planning to introduce a subscription based distribution model for its Windows operating system at some time down the track. Renowned Russian leaker WZor and well known Microsoft insider Mary Jo Foley have both recently hinted at the possibility.

At first I dismissed the notion as being highly unlikely but then, after further consideration, I could envisage how this may well be part of Microsoft’s evolving strategy. Firstly; this is the way Microsoft chose to proceed with its latest Office Suite, changing the distribution model to one which is now primarily subscription based. It doesn’t necessarily follow that this will then be implemented for operating systems as well, but it’s certainly indicative of a particular mindset.

The second, even more compelling portent, is the drastic change Microsoft made to its update delivery schedule.  As Mary Jo Foley stated in a recent article… “Instead of rolling out a new version of Windows once every 2.5 to three years, the [Microsoft] team is now on something closer to an annual rollout schedule.”

Of course, with all the public negativity toward Windows 8 desktop, this revamped release schedule has been fast-tracked even further as Microsoft continues to introduce adjustments in order to appease the detractors. Still, when all this finally settles down, an annual release cycle appears to be a pretty reasonable expectation.

So, if we accept that an annual update release cycle is the most likely scenario, then that certainly lends itself to a subscription based model, it’s just too neat to dismiss lightly. The combination of regular updates and subscriptions would also help ensure that everyone can keep up-to-date while doing away with the usual proliferation of versions created by perpetual licensing, with different customers stuck on different update levels and different support life-cycles. In fact, one could easily argue that the two go hand in hand. 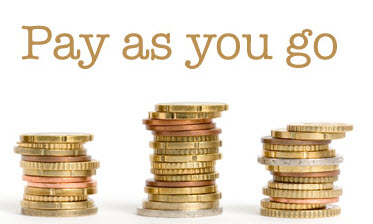 The rumor mill is suggesting a base-level Windows operating system for free with subscriptions required to access full capabilities. Again, Microsoft’s recent history with Office does appear to lend credence to the hypothesis. It has also been suggested that a monthly subscription may be on the cards as well as an annual subscription. Personally, I don’t see this as a viable option for most home users, given that annual subscriptions are generally less expensive than monthly, plus the fact that an operating system and the way in which we utilize it is generally more semi-permanent than transient.

It’s certainly an intriguing prospect, but one which also raises plenty of questions, for example: what happens if a subscription is allowed to expire? I can’t see consumers being too happy if they inadvertently forget to renew for a particular period and are subsequently locked out. And what happens when one operating system becomes superseded by the next? It would seem a tad inequitable to expect users to keep paying fees for an out-of-date operating system, or to force them to update. As one commenter put it… “I don’t want to be railroaded into upgrading to Windows 8, if I’m currently happy with Windows 7. But then why should I keep paying a monthly fee for Windows 7, if development has moved onto Windows 8?”

It seems reasonable to assume that any such plan would involve ongoing subscriptions with annual upgrades included for free. I am also guessing that when older operating systems finally reach end of support, those users wishing to upgrade would have no other choice than to accept the subscription method. This would seem the logical approach, with every user eventually locked into a single (subscription based) model.

If this is truly on the agenda, Microsoft will need to tread warily and sort out these nuts and bolt issues prior to implementation. Any subscription based model is almost certain to live or die based on its initial terms and users’ acceptance of same… including the all important pricing factor.

Personally, I am not a fan of ongoing subscriptions at all, I’ve never come across anything that wasn’t more expensive in the long run as opposed to buying outright. And, try as might, I’ve struggled to come up with any benefits that a subscription based model might offer for your average home Windows users.

Of course, this is all hypothetical, but – what do you think? Could a subscription based operating system work? Would you go for monthly or yearly subs, and how much (or little) would you be prepared to pay?

7 thoughts on “Subscription Based Windows OS – Is It On The Cards?”